Now that we are well into the new year, I’m posting my best of 2020. It’s a short list. The best book of 2020 is a fellow Pensters Writing Group member. 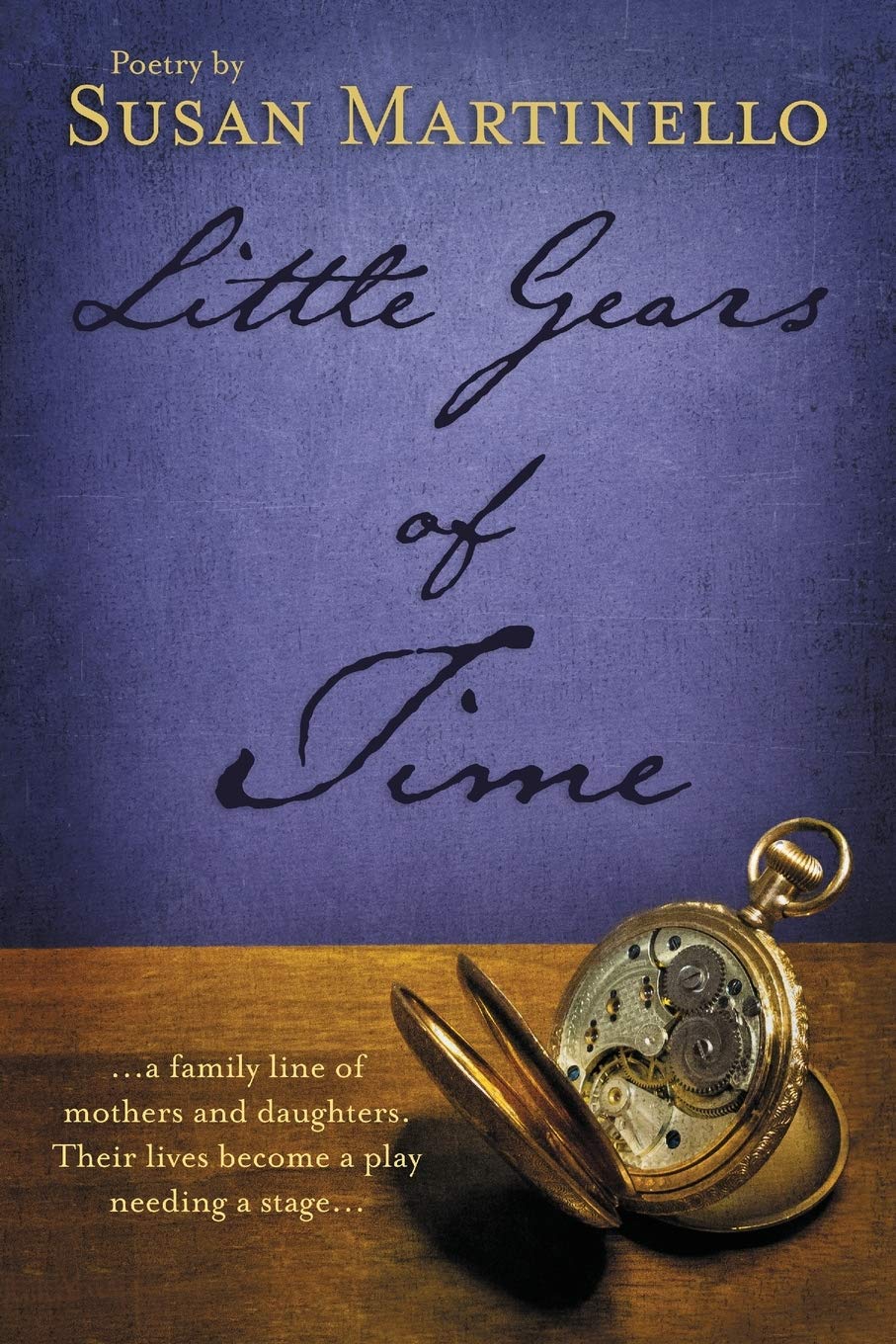 Looking for a sweeping generational women’s epic written in verse by a woman? Little Gears of Time, by Susan Martinello is a literary tour de force, an epic of the American story from a woman’s perspective. Based on Martinello’s family, it is Homerian in its breadth and language and is an odyssey of mothers and daughters spanning many generations and taking place between continents and across oceans.

With family trees, maps, and illustrations as our guides, Martinello tightly winds mothers and daughters using personification, letters, history and memoir with a watch, an artifact that comes to represent oppression, imagination and identity.

In Martinello’s exquisite and affective poems we embrace, are emboldened and empathize with these women. As with other great epic’s the world is a stage and as the characters and their experiences play out Martinello’s writing leaves readers yearning for more.

And of course in a special category is Stump’s Favorite Amputee book. 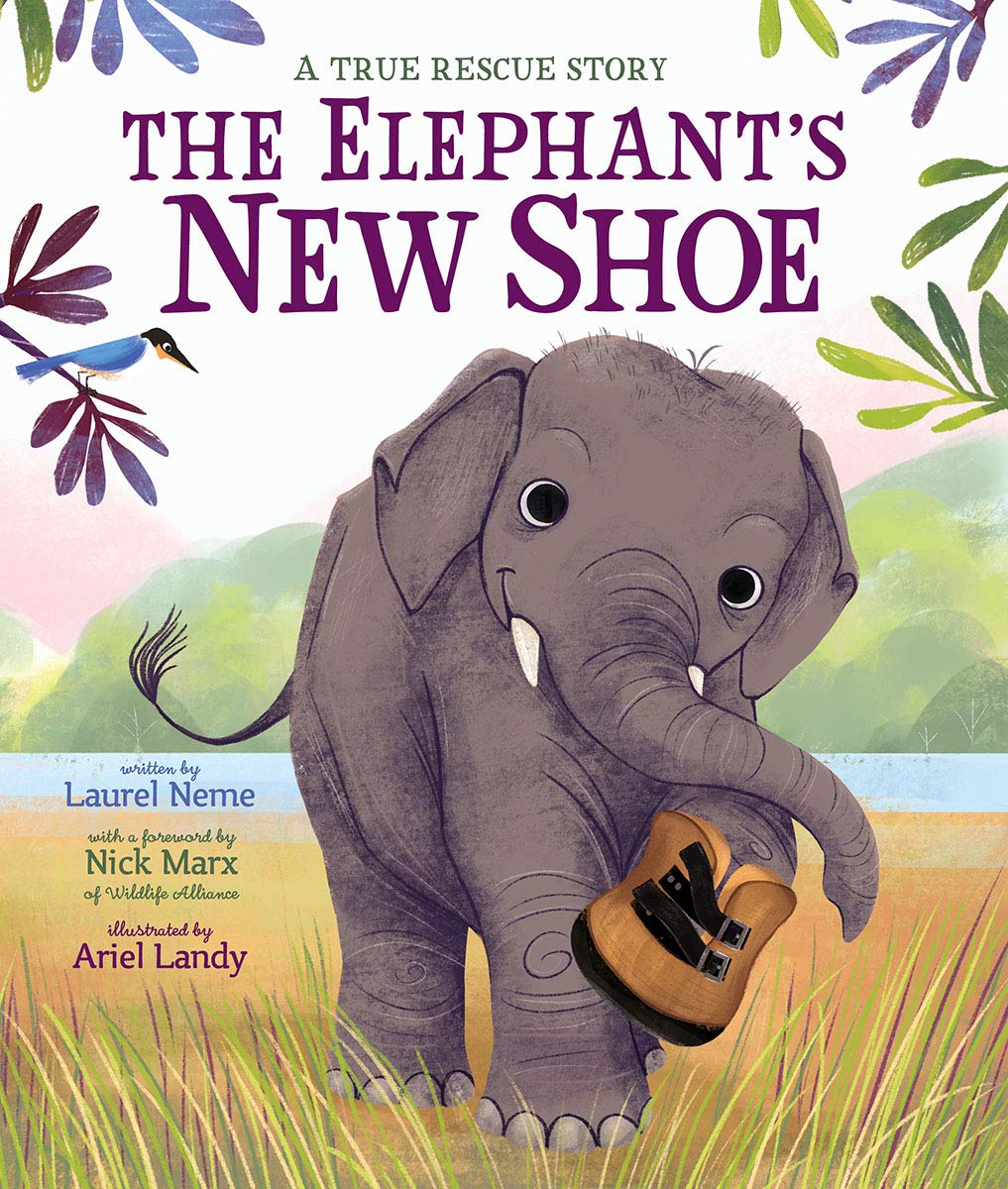 While these books are fantastic I was proud to publish three books of my own last year. Available to read for free are The Cape Cod House and Architectural Studies: Montgomery Hill Baptist Church and Bayside Academy. I’m very pleased with the success of Clay City Tile: Frank Brown and the Company that Built Fairhope. It’s a local history book that I enjoyed writing and continue to research. I have another order of Clay City books arriving later this month. I post news and information here.

You probably didn’t even notice, but I’ve deleted my Facebook, Instagram and Twitter accounts. This is not political. It’ personal. I don’t like calling it a New Year’s resolution, but after deactivating several times last year and not missing it or the anxiety that goes along with it, I’ve deleted the accounts. Hopefully, it will work as well as last year’s food choices. Except for a few weak moments during the pandemic and after the hurricanes, we have been able to stick with and really embrace our new menus. As Sue says, “If it walks on land we don’t eat it.” Even though I’m no longer on social media I’d love to hear from you. Send me an email, Want to talk? I’m not hard to find online or in person. Feel free to share my writing with your followers. Instead of posting on social media, I typed a thank you note to the mayor. On paper. Using my Royal Quiet De Luxe typewriter. I put it in an envelope, slapped a stamp on it and put it in the mail. I will be doing more of it in 2021. 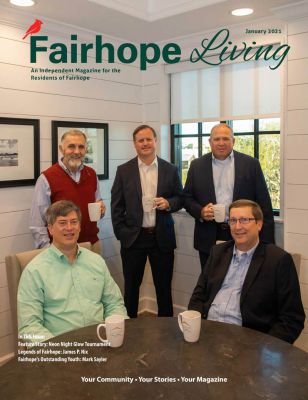 Career-wise, I’m still working at Coastal Alabama Community College and writing for the monthly community magazine, Fairhope Living. I’m thankful to serve students face-to-face and glad to have the opportunity to write about my home town.

Today is the second anniversary of my brother Steve’s death. It’s rare that a day goes by that I don’t think about him. Here’s to Steve. Nostrovia! To your Health in 2021.

Yesterday was Day of the Dead (Dia de Muertos), a time, especially in Mexico, for people to gather at cemeteries and pray for their deceased loved ones. As the leaves drift off the trees and the acorns pop on rooftops, I often, for reflection and remembrance, read and write poetry this time of year. The day made me think about Next Door to the Dead, a book of poetry by Kathleen Driskell. A Poetry Foundation national bestseller, Driskell lives in a former country church with her family just outside Louisville, Kentucky. Next door is an old graveyard that she was told had ceased burials when she bought the historic church. In this keenly observed and contemplative new collection, this turns out not to be the case as Driskell’s fascination with the “neighbors” brings the burial ground back to life, both literally and figuratively.

Driskell is the associate program director and poetry faculty member of Spalding University’s writing program, and is where I received my Master of Fine Arts in Creative Nonfiction. While a student, I was fortunate to hear many great authors and upcoming writers read their works. It seems to me that hearing the spoken words of the writer, just as you read them on the page, and I immediately had an appreciation for Driskell’s writing and voice.

While reading the poems in Next Door to the Dead, I heard Driskell’s voice, not her actual voice like an audio recording, but  rather, the memory of her voice from her readings.

Of course her poetry is much more than a remembered voice, it is personified, humorous, organic, and moody. Her poems articulate the cemetery much like creative nonfiction grounds you in place. The details taken from history, or from observations from a kitchen window, or during a walk, convey the author’s authenticity of her surroundings.

“Epitaph” the grave of Colonel Harlan Sanders is her only nod to celebrity.Now that Norm McDonald is satirizing Sanders, this poem seems more relevant as seems to both question and acknowledge Sanders as less than an original recipe of a man.

Her ability to be in nature and observe the organic role of death, is why “Crow” stands out to me, as it will to many readers. In “Tchaenhotep,” Driskell’s verse personifies an Egyptian mummy on display for decades at a local museum. “Epitaph, for the man with no last name” is the story of how man meets his grave, what relics rest with him, and why some things were left out. “Not Done Yet” is a story of a dog, a fly, a flea, and the “biting sorrow” that surrounds all three.

Driskell’s poems are richly detailed, humorous, mournful, loving, and sometimes whimsical, all difficult feats given her subject. While most people avoid thinking about death, Driskell’s poems are thought-provoking. The book is not about loss, or mourning, it is about place, not just our physical place, but where our souls feel full. Her poems dance around our mortality but they never devolve into darkness. While many went to the cemetery to remember and honor the deceased on Dia de Muertos, Driskell, with a poet’s sensibility, “visits” the cemetery next door to celebrate the vivid human, animal, and botanical life that surrounds us.

Order your copy of Next Door to the Dead from your local bookstore or from the links below.